The Objective of Work Package 2 is to conceptualize with scholars, artists, local societies from SEA a new digital curational framework to reconsider the make-up of the sound archives through the building of a digital platform entitled Hearing Southeast Asia. Providing access to archived sonic material is a drastic curatorial practice in itself. It necessitates decisions about the prioritization, classification, presentation and contextualization of materials.

DeCoSEAS envisages curatorial frameworks and procedures that are sensitive to the epistemic violence of existing categorizations of sound and cultural heritage. Hence, CPs and APs build Hearing Southeast Asia collaboratively to optimize the most relevant parameters for open access and userfriendliness. The portal aggregates the data and meta-data of the archival corpora in a common model designed for interaction with external contributors. This enables stakeholders in SEA with an internet connection to consult the material and enrich the collections’ meta-data. Moreover, the platform enables the exchange of knowledge and ideas between stakeholders in SEA and diasporic communities either in Europe or elsewhere, transferring curatorial agency to these stakeholders.

Hearing Southeast Asia provides access to two digital platforms (Kunst and BBC Empire), an interactive multimedia website (Toraja) and digital sound archives in SEA France (CNRS / Musée de l’Homme, BNF, Guimet) (see Figure 2). The portal also enables other European sound archives to contribute with material from SEA, positioning itself as a discussion platform about the access to, agency over, and dialogue about heritage curation and participation. It builds on existing expertise with metadata aggregation and multilingualism of the europeana.eu project and it conforms to intellectual property rules concerning public domain data such as the “Rights Labelling Guidelines”. While working closely with europeana.eu partners, DeCoSEAS establishes its own portal to accentuate curatorial practices that might be unarticulated within mainstream Europe-based heritage discourses. 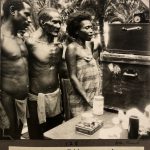 The intersection of European science and imperialism–Jaap Kunst Collection

Importance: one of the world’s foundational ethnomusicological collections, both with regard to its materials and the methods of collection. Jaap Kunst (1891-1960) recorded music from the many islands of the Dutch East Indies between 1919 and 1934 on more than 400 wax cylinders. His collection also encompasses 6,500 photographs, 6,000 projection slides, 1,600 glass plates, silent film, publication manuscripts, travel diaries, and 40,000 pages (10,000 letters) of correspondence.

Access hurdles: Kunst’s sound collection has been digitized but is not available online. His written and visual collection is organized, but only partly catalogued and not digitized. Kunst lived in a colonial society where the realms of colonizer and colonized were supposed to be separate and the terms of their encounters were prescribed. He also employed the archaeological and botanical classification norms of the time. Hence, the singers, speakers, ritualists and instrumentalists on his recordings often remain anonymous, being sound specimens of distinct cultures as general and static entities. This approach was seminal to the development ethnomusicology, an academic discipline that currently struggles with its colonial legacy.

Solutions: DeCoSEAS facilitates physical access to the collection on site (WP1). It also selectively digitizes visual/textual materials for the aim of contextualizing sonic materials. These are presented online for crowdsourcing, data enrichment and expert community building (WP2). Thus, DeCoSEAS relates visual and written material to its sonic counterparts for the anonymized sound specimens to gain personhood: what is the name of the singer of this song? For what occasion did he sing it? APs, affiliate partners and further stakeholders in SEA bring in their expertise to foreground the agency of the musical actors that shaped the collection with Kunst. This enables new perspectives on their musical styles, rituals, techniques and skills.

Importance: a unique multimedia study of the ritual music of the Toraja people in Sulawesi – musical heritage that belongs to Austronesian cultural stratum established in Indonesia around 3000 BCE and is now on the brink of extinction. The anthology, recorded by Rappoport between 1991 and 2005 and published in 2009, gives access to pre-colonial and pre-Christian Torajan music, practiced by only 5% of Toraja people resisting Christian and colonial cultural impositions. It presents an entire ritual cycle: 40 hours of songs and poems, translated into three languages (Indonesian, English, French) and accompanied by extensive documentary material (2000 photographs and 120 minutes of video).

Access hurdles: The multimedia DVD-Rom has become an obsolete medium. The material is currently inaccessible.

Solution:  DeCoSEAS migrates these materials from DVD-Rom to an open-access digital platform (WP2). Open Access publishing substantiates DeCoSEAS’ intention to redirect our ears to SE Asian heritage stakeholders in five respects. Firstly, current Toraja communities – also those living in diaspora – can continue and revive their rituals, which is their explicit wish. Secondly, they re-organize and reinterpret the material in collaboration with DeCoSEAS’ APs and CPs. Thirdly, publication provides opportunities for comparison with the recordings Kunst made in 1932 in the same area, enabling a long-term assessment of musical change. Fourthly, it allows the ethnographic study of the impact of (DeCoSEAS’) curatorial practices of heritage on a local community. Finally, it serves as a technical model for the conservation and sharing of intangible sound heritage. 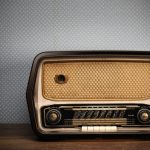 Importance: BBC Archive Trust and British Library (BL) hold a diversity of recorded broadcasts that make us hear the formative political events as much as the every-day life of people within and outside the British imperial sphere during late colonialism and early postcolonialism (1930s-1950s). These range from Cantonese opera concerts in Singapore to Indonesian president Sukarno’s Independence Speech, and reports on European refugees during WWII in SE Asia. This material illustrates DeCoSEAS’ mission to engage with sound as a method to understand formative cultural and political developments as well as people’s daily routines. It attends to voices that are not necessarily represented in written historiographies.

Access hurdle(s): The SE Asian records are part of larger overseas recorded radio repertoires. Whereas the metadata of the sound recordings are at the BL, the recordings themselves are predominantly at the BBC. This makes it difficult to ascertain the context, role and significance of the recorded broadcasts.

Solutions: DeCoSEAS selects the SE Asian digitized broadcasts from the larger body of overseas recordings for the aim of contextualizing sonic materials. These are presented online for crowdsourcing, data enrichment and expert community building (WP2).
It also facilitates physical access to the material on site (WP1).